How to avoid getting stopped by police officers 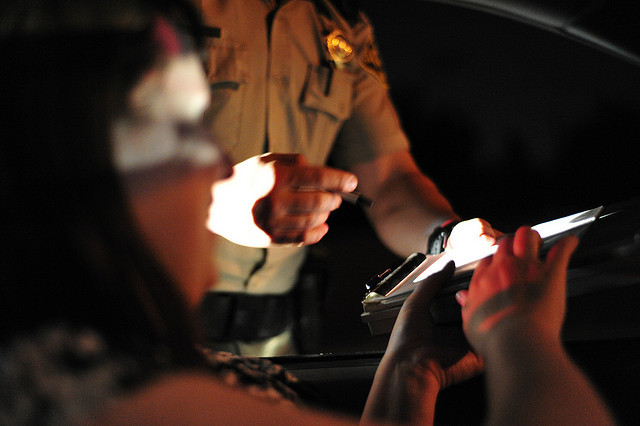 One thing we never hear from clients is how much fun they had being pulled over by the police. Those lights in the mirror are rarely a sight most people enjoy seeing. Sometimes it's just what you want - help if you're stranded or having trouble. Usually, it means a traffic ticket at least, and possibly the beginning of much more serious trouble like a DUI or Driving While Suspended arrest. Most of the time, that sinking feeling settles in the pit of your stomach, you feel instantly on edge, and your all primed for the other shoe to drop. You're being pulled over by the police, and sometimes, you might not even be aware why. Whatever the case, you know this is going to mean an unwelcome interaction with the law.

Law enforcement officers in the state of Illinois are trained to look for violations of local traffic laws, and there are more reasons for getting stopped than most people think. Those same Illinois police officers are trained to look beyond the initial basis for their decision to stop you, and some result in arrests on charges of driving under influence (DUI) or warrant checks, searches for weapons, cannabis or other controlled substances and more.

The attorneys at Fagan, Fagan & Davis focus on Criminal DUI and traffic defense in the state of Illinois, in Cook County, Lake County and DuPage County courts, and over the years, we've seen it all.

So how to avoid these less than welcome encounters?

Speeding is probably tops on everyone's list as to why a police officer might stop a motorist. The problem of course isn't speed by itself, it's the difference between your speed and that of others on the road. That's not to say that a Chicago cop isn't going to stop you if you and everyone else is doing 60 miles per hour where the limit is 45 like on Lake Shore Drive or much of the Skyway. Your still violating the law, despite the danger the law is meant to address. Your car is no less likely to be stopped than anyone else's in that situation. Most officers won't bother stoping a motorist in the Chicago area for speeding 5-7 MPH over the limit, but it's still technically possible on a slow day.

Few realize that 26 MPH over the limit or more is now a misdemeanor offense punishable by jail time. In most areas in Cook, Lake and DuPage county, supervision isn't even an option for misdemeanor speeding offenses. Thanks to Illinois lawmakers and Governor Quinn, most people doing 81 MPH on 294 are criminals and don't even know it. And if you ever drive on the tollway or the Kennedy or Eisenhower expressway, you know that means most people, period.

Most people have iPhones or Android phones capable of so much more than just phone calls. Text messages, internet access, Facebook, email, Twitter, GPS apps and more all provide so many ways to get things done while driving, and we all want to take advantage of that extra few minutes in our busy lives. But face it, for most, using your smartphone can lead to distracted driving. Most people cannot effectively maintain the focus on driving that is necessary for safety.

Starting on January 1st of this year, talking on a hand-held cellphone, or even handling a cellphone while driving became illegal throughout the state of Illinois. The act of texting while driving was already illegal. The law makes it clear that drivers are not be allowed to press more than one button in order to dial a cellphone number and they are required to either use a Bluetooth device or put the phone on speaker in order to talk on a cellphone while driving. This is a "primary" offense that can be the basis for a traffic stop, and police officers are well aware of the law.

Equipment or compliance violations are an easy justification for conducting a traffic stop. These may include:

In addition, police officers can run your plates for any reason at all on a whim, and stop you if the find you're license plate or driver's license is suspended or revoked.

Ever seen someone shaving or applying makeup, or even playing a trumpet while driving? We have. We'd have video of it if taking a video while driving were legal (it isn't, at least for the driver, by the way).

In any case, if you are stopped, engage your brain before your mouth. Officers have a great deal of discretion as to what you can be cited for, or even to just give you a warning. If you disagree with the officer, you don't have to agree with everything the officer says, but save your arguments for the courtroom, and let your lawyer decide what arguments make sense and are likely to produce results.

The attorneys at Fagan, Fagan & Davis have defended countless clients against Criminal, Traffic and DUI charges throughout the Chicago area courts, including those located in Cook County, DuPage County and Lake County. Our attorneys understand which defense strategies are the most effective in court and how to challenge evidence gathered by law enforcement and offered by the prosecution. Contact us now for a free consultation.

Steve Fagan earned his law degree from Chicago-Kent College of Law, is a member of the NCDD, NACDL, ISBA, IACDL and a founding member of the DUIDLA. He is published and has taught CLE for lawyers on subjects such as sex offenses, DUI and criminal defense, and focuses on Criminal and DUI trial defense.

Also important to include: cops can ticket a driver using a cell phone while sitting at a red light.

Absolutely correct. They can and do write tickets for that – the key is “operation” of a motor vehicle.

We strongly recommend inclusion of an email address.

Thank you for contacting us. We will get back to you shortly.

Please complete all required fields below.

If you are facing a Traffic Offense, DUI or criminal office in the Greater Chicago area, including Cook, Lake and DuPage Counties, we will review your case with you at no charge and discuss what you face and how we can help.

Where do we appear in court?